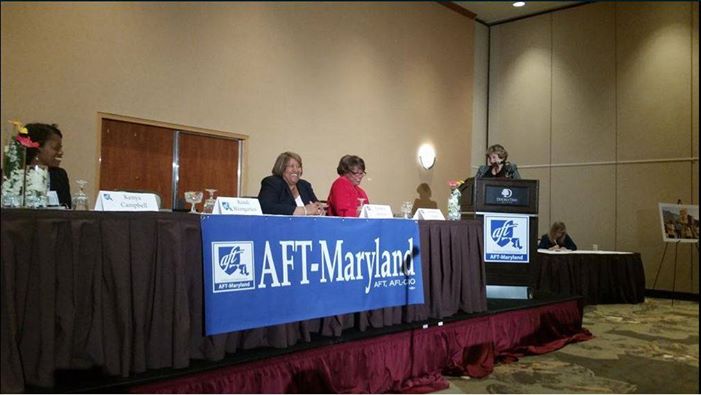 Cast against a backdrop of a city in unrest, AFT-Maryland held their triennial convention in Pikesville, MD on May 1-2, 2015. Delegates from our local unions across the state came out and joined in what was a modest celebration of all the Union had accomplished over the past three years. The celebration was subdued due to the recent civil unrest and ensuing property damage that was taking place in the heart of West Baltimore.

The convention undoubtedly had some fiery moments however, starting with the impassioned speeches delivered by AFT National Secretary-Treasurer Dr. Lorretta Johnson and President Randi Weingarten. They were both passionate and effusive in their calls for the union to be a part of the solution that would “Reclaim Baltimore”. They posited AFT-Maryland, with membership including teachers, health care workers, and state employees, was uniquely positioned to contribute to rebuilding a better Baltimore, inclusive of every citizen, and addressed the needs of all members of the Baltimore community. 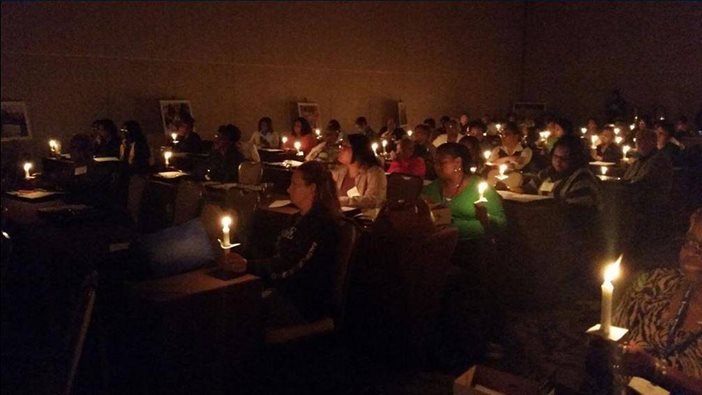 Before the first night of the convention was over, President Marietta English led the delegates and guests in a vigil for victims of violence. The dark room was sparsely lit by candlelight as Rev. Michael Parker offered a Christian prayer in remembrance of those in Baltimore whose lives were cut short because of violence, while AFT National President Randi Weingarten led the group in a Jewish ritual of saying Kaddish. Following those solemn meditations, the names of victims of violence were read aloud. During this time members of the audience could come to the microphone and speak the name of someone they knew who was also a victim to violence here in Baltimore. 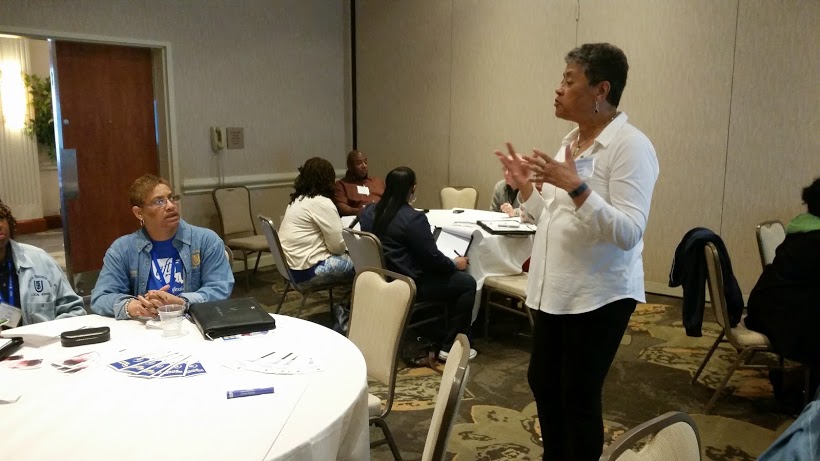 Business was handled at the convention as well. There were workshops that covered a range of issues from political organizing to social media and workplace safety. Those sessions proved to be engaging and enlightening for all who attended. They were facilitated by staff from all over the nation including AFT-Maryland’s own Terence Cooper (Director of Legislative & Political Affairs) and Todd Reynolds (Political Coordinator), AFT National staff Jason Wedemeyer (National Rep) and Darryl Alexander (Director AFT Health, Safety & Well-Being), and Dawn Thomas (UCONN Health, Local 3837).

The centerpiece of the convention was President English’s State of the Union Speech. She touched on some key themes during the speech including the expansion of services the state federation offers, and significant growth in the membership of the City Union of Baltimore (CUB) and the Baltimore County Federation of Public Employees (BCFPE). During that speech she also addressed the need to convert agency fee payers into card-carrying members. Citing the Friedrich case in California, President English noted that if agency fee payers disappear, so too may our beloved unions. Not all news was bad however, as the President proudly reported that the “state of our union is strong.” She identified several key battles for education funding and state worker pay that were won in the 2015 Maryland Legislative session. She also echoed President Weingarten’s call to “Reclaim Baltimore”. 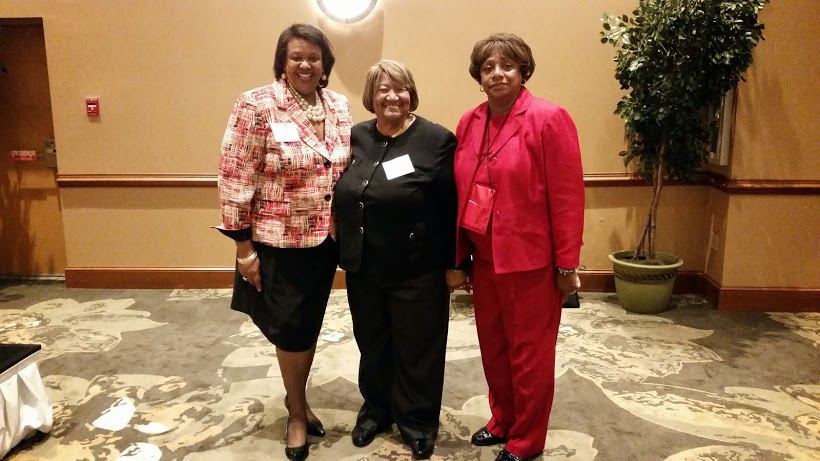 The convention agreed to pass several resolutions: on solidarity with the Black Lives Matter movement; on building infrastructure to combat diseases such as Ebola; on a boycott of Staples and Wal-Mart for grievances against them by workers; and on Governor Hogan’s budget cuts. There was a special resolution made from the floor to Reclaim Baltimore which also passed. In addition to the resolutions, the crowd was set ablaze by the keynote address from Cynthia Butler-McIntyre. Her wit, wisdom and magnetic personality won over delegates and guests during the Saturday luncheon.

On the whole, the convention was a great success. Despite being cast during a period of serious unrest and uncertainty throughout the entire Baltimore region, delegates, guests and the rest of those in attendance were informed and empowered and look forward to reconvening in another three years.