It's one thing to work to get officials elected; it's another to lobby them for action. In an effort to lobby their elected representatives, AFT-Maryland took to Annapolis on February 9th to let State Delegates and Senators know just how they felt about a number of issues. 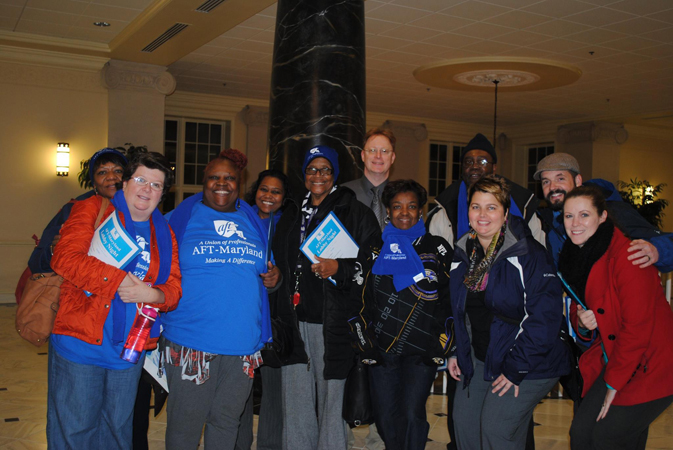 Among the many topics legislators heard from union members about was the proposed 2% cuts to State workers' cost of living allowances (COLA). Members of MPEC, MCEA, and AFT Healthcare-Maryland put the cut into real life by telling lawmakers what that 2% means to them.

Members from the Baltimore Teachers Union (BTU) stressed to their representatives that the proposed funding cuts to Baltimore City schools are unacceptable. Many teachers took the opportunity to express to some of the delegates that they didn't want to see wholesale expansion of charter schools, either. 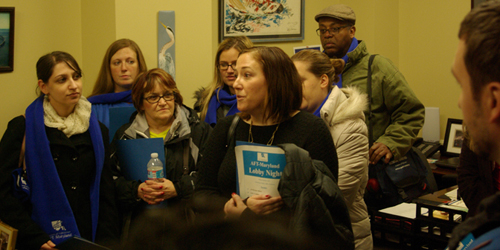 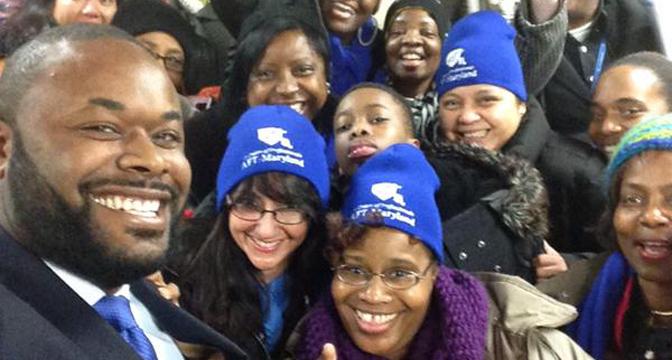 The response to Lobby Night seemed positive but it remains to be seen if the legislators will remember the impression made by hard-working state workers and teachers of AFT-Maryland when it's time to vote on Gov. Hogan's proposed budget.

AFT-Maryland will be planning further Lobby Nights in Annapolis during this Legislative Session. Contact political coordinator, Todd Reynolds, at (410) 764-3030 or treynolds@aftmd.org for more information; and watch our website and Facebook page for announcements.